Skip to content
Forums
Getting Started
The Journey
Relationships: Talk... 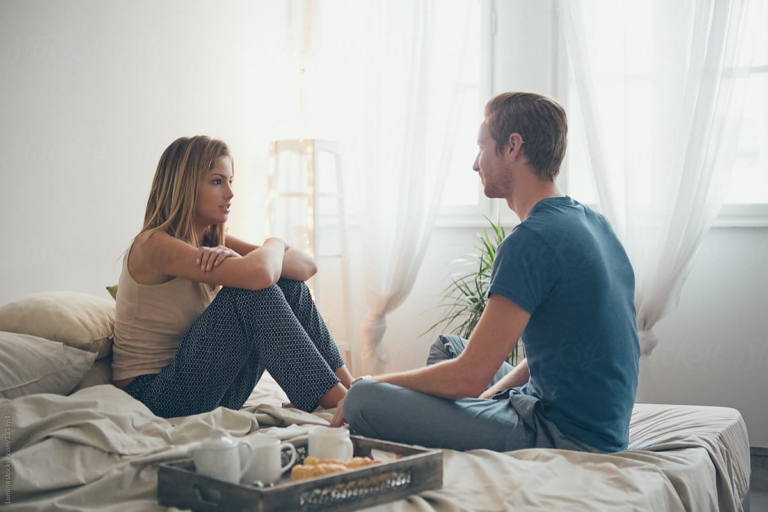 Emma,
Thanks so much for putting all this info out there and sharing your experiences. I generally lurk and don’t comment but your site is different and felt it’s only fair to contribute something myself as I have gained quite a lot from here.
My wife and I have been playing with chastity on and off for a few years now, mostly as a short term kink. I brought it up and I go through periods where I want it, then periods where I don’t. My wife has not quite yet taken complete control, but we are working toward that and she definitely likes having me locked.
After having read through your blogs, and a couple other resources that weren’t just crazy kink stuff, I’ve come to realize I have really been somewhat selfish. The times I wanted a break from the chastity cage was largely because I wanted to get myself off every few days. When I did this I most definitely felt low afterwards. By low I mean actually guilty for a short while but not guilty enough to stop at least for a while until after a month or two, the kink built again and I was ready to play at chastity for a while. At the time, I wasn’t thinking about what that was doing to our relationship.
I have a new perspective now, and because of it, I don’t feel the desire to stop with the chastity device. Sure there are moments when I’d really like it off in the heat of passion, but I like the heightened feelings I am having. I really feel it has helped our relationship, we ARE closer in so many ways. We’ve been together 25+ years and I feel we are at one of the best places we’ve been in a long time, and we’ve always had a good relationship.

A couple of things I would tell anyone learning about all this... take it slow, talk to each other a lot, be patient at first. Look for real resources, like this blog, I’ve only come across a few, most of what’s out there is kinky fetish stuff which doesn’t deliver the message or better yet, explain the physiology and psychology that finally made me glimpse the light.
Thanks again!

Wonderful comment. Thanks for contributing.
I do think that your advice about being patient and separating kink from valuable information is a good idea. That is the main reason that I started the site!

That said, we still ended up going down a bit of a kink rabbit hole initially but I feel like we've come back out the other side and realized exactly what works for us. Equally as valuable we've decided what doesn't work for us.

Check in every so often and tell us about your journey!

I just wanted to share my own experience. Unlike what is recommended in this blog, or like a lot of guys I see commenting I don't have a set release schedule.
My wife and I have very different work schedules. Often one or both of us is to tired or just not home when the other wants sex. This lead to me masterbating excessively. More then once at a time we should have been able to be together I couldn't perform because I had been masterbating at least once a day for the past 7-10 days.
This caused her to be concerned about a lot of different things when it happened three or four times in a row over a couple months. Was I sick? Cheating? Was I not attracted to her? I'm ashamed o made her feel this way. When I finally came clean about my habit it was a shock and relief to both of us. We talked about it, more then once, we talked about my fantasy of chastity. With that discussion ot lead us to try it.
Now I can have sex with her whe. Ever I want and she is willing. Rarely does she actually deny me because of how infrequent that we are both home together and in the mood. Chastity or not 14 hour days takes the desire out if you. But because of the variations in our work sometimes we go at it twice a day three days in a row, other times it's twice a month. The important thing is I'm ready fo her.
It's an incredible gift she has given me. The ability to be with her, and inside of her without the shame of disappointing her.

Very relatable. Thank you for sharing.

Thank you. I am still very much learning about my sexuality and the sexuality of my partner but it seems to be so much deeper than society has led us to believe. Such an exciting topic to learn about. Welcome to the blog.

Emma,
Like so many others here I have a resource now to express my feelings. I too started to play with chastity as a kink but found myself wanting a deeper immersion into it. I masturbated behind my wifes back and always felt immense guilt but couldn't put works as to why. I also couldn't stop doing it. Your blog has helped my wife and I in a matter of days realize I need to have my ejaculation controlled and how much better we both are for it. I now view my chastity as a lifestyle rather than a kink. Thank you.

We first tried chastity 5 years ago. I am not locked 100% of the time, but stay chaste even when I am not. I can say I feel more relaxed and the desire to masturbate is reduced significantly when I am locked. It took a while for my wife to get used to it, she didn't jump right on, but after a while, she did see the advantages. She is also enjoying the added attention she receives as well as her pleasure without reciprocation. For the time we have been doing this I can say chastity has made our marriage and sex life better. I do more around the house, we touch more and are playful with each other.

She says she likes me giving her attention when I am locked up and she knows it is not going to lead to sex. When I am locked, I do not ask for sex or to be let out except for cleaning. I actually find that relaxing.

I think most married women would be thrilled with male chastity if they gave it a try and saw it as being loving and caring and not as cruel.

She knew about my habbits and was fairly comfortable with it. In fact (because we live in a small 1 bedroom flat), I had almost always done it in her presence because she won't be in the mood but I would want it (she would sometimes "help" so that it won't become awkward). She never thought of that as a problem because that's how men are, right? And I too came to see that as my natural right (which it still is).

But for us, control on my masturbation has been a total game changer. Post orgasm I disconnect for a while. That's how biology designed me. But I am not in the wild, am I? Now, we are having sex every week and it is more satisfying. Her apetite is also up because previously sex was not working that well for her (and why would it if I had masturbated only a day ago?). I still disconnect after having sex but quickly bounce back in a couple of days. And during the week (esp. after day 2), I feel more in charge of my emotions as my hormone levels stablise.

Prior to this, I thought only women could experience that range of emotions. Wrong again! Men can feel it too if they do not reset their testosterone levels twice a day. And testosterone levels level out so you are not going to be a raging elephant bull if you don't climax. That's just not how hormones work.

Every couple has what works for them, and yes, we agree that "Masturbating is Cheating" because I am required to have permission to do so and it is almost always supervised. Like @Mknight above, I do not have a (ejaculation) release schedule. That is merely subject to my Wife's decision, whether that decision is well thought over a period of time, or if it is a random impulse decision. In other words, I never when, if or how I will be allowed to ejaculate … or for that matter if she will require many ejaculations in a short period of time. I am never allowed to ask to ejaculate, unless and only if it is response to a direct question from my wife.