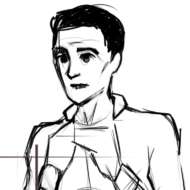 lil c
Not submissive in the rest of life, I've always gravitated toward relationships that are female-led in the bedroom. Here to learn and share.
This user account status is Approved
About About
Posts Posts
Comments Comments
Forums Forums

This user has not added any information to their profile yet.

Threaten to out him for being cucked/caged/pantied/pegged/owned/tiny (whatever is true for you and would crush him the most to have known) to a professional rival of his who is a woman. Obviously, some occupations will make this more realistic than others to actually follow-through, but it's a great threat, one that will keep him on edge.

“Girls who casually show dominance over their boys throughout daily life are the best kind.”

Click here to register and most of them go away. A huge reduction in ads is just one of many benefits of registering!